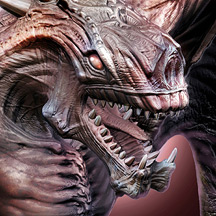 Unwrella is the new automatic and optimal unwrapping plug-in for Autodesk™ 3D Studio Max™. It was developed for the high demands of graphics designers in real world production environments and provides a fast, simple and reliable unwrapping solution. It is the first tool of this kind on the market, allowing the unwrapping of 3d models to be done with a single mouse click while simultaneously providing optimal results that combine the minimized texture stretching of automated unwrapping techniques with the efficient space utilization and chunk distribution of UV space that is achieved with manual pelt wrapping methods. This allows users to quickly solve complex tasks like the creation of seamless 3d models, more accurate lightmaps and productive subsequent processing of the UV maps in other 3d applications like ZBrush™ or Mudbox™.

The manual labor necessary to properly unwrap multiple 3d models during a production takes significant amounts of time. Unwrella replaces this process with the simple application of a modifier to the objects modifier stack. Unwrapping of dozens or even hundreds of objects can be done on the fly and delivers results of optimal quality.

The size of chunks is maximized as much as possible and they are arranged to utilize maximal space on the available UV map. This optimal distribution prevents a significant part of texture memory from being wasted due to padding between chunks.

Texture stretching and scaling on surfaces is removed almost completely. Every pixel translates to the same size and aspect ratio on the model surface and creates a uniform visual appearance without reductions in texture sharpness on some areas. Additionally this feature makes texture seams invisible, even under careful inspection.

The Unwrella unwrapping plug-in for Autodesk™ 3ds Max™ 9, 2008, 2009 (each 32bit and 64bit) is now available in a freely downloadable open beta release on its homepage: https://www.unwrella.com http://www.3d-io.com

3d-io games & video production GmbH is a Germany based software company founded 1996. It is dedicated to provide digital content, high-quality 3D and 2D design and affordable and easy-to-use software products like Games and Infotainment. 3d-io has an established presence in design production, digital content creation and graphics animation. Major German and international game and infotainment companies including Braingame, CDV, Related-Designs, 3DO, Koch-Media, Data Becker, and Hannah-Barbera, as well as industrial and telecommunication key players such as Thyssen, Mercedes, Deutsche Bank, Sony, Wunderman, Bayer, M.I.T. GmbH, Hoechst, Krupp and Ferrero have utilized 3d-io’s unique graphic style and technology. During the exploration of the workflows and production pipelines in game development and 3d design 3d-io has encountered the demand for fast, reliable and optimized unwrapping methods. Unsatisfied with the suboptimal performance of available tools for this task, the company set out to create its own solution, the 3d unwrapper Unwrella, to meet the high quality requirements of productions under tight schedules. After the tool proved it’s practicality during production the company decided to make it available and is proud to announce the start of the public beta phase for the UNWRELLA Autodesk™ 3ds Max™ plug-in for 3d artists and game developers.