Editable Seams support in the works 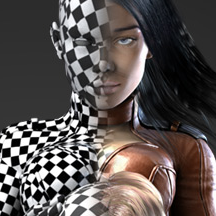 During the Open Beta phase of development, we’ve encountered a popular request among the Unwrella users for precise seams control, which is especially useful for texture painting (ie. in Photoshop).

Responding to those user requests, we have started working on the editable seams feature for Unwrella v2. We are aiming at the following workflow:

Those three steps provide an iterative process where Unwrella does the best it can to respect the user selections while at the same time keeps minimized texture stretching and packing fully automatic. If there is enough user demand, as an additional layer on top of previously described functionality, it is possible to add different heuristics for automatic initial placement of the seams.

Further feature discussion can be found in this forum thread.